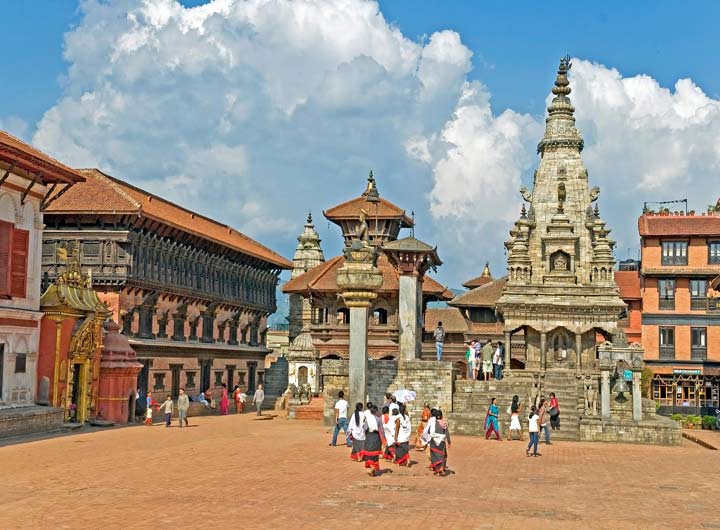 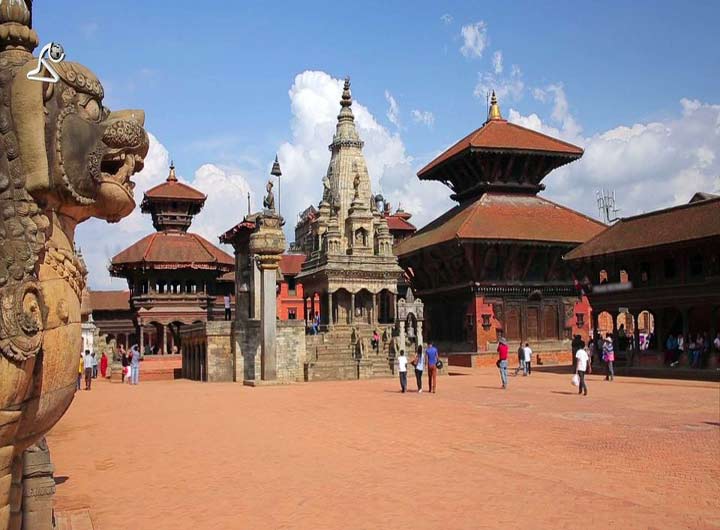 Bhaktapur Durbar Square:
The main square of the city contains innumerable temples and other architectural showpieces like the lion gate, the statue of King Bhupatindra Malla, the picture gallery, the golden gate, the palace of 55 windows, the batsala temple and the bell of barking dogs, etc. The statue of the King Bhupatindra Malla in the act of worship is placed on a column facing the palace of the many statues available in Nepal this is considered to be the most magnificent.
The National Art Gallery:
Contains ancient and medieval paintings belonging to Hindu and Buddhist schools depicting Tantrism of various periods and descriptions.
The Golden Gate:
The Golden Gate is the entrance to the main courtyard of the palace of 55 windows. Built King Ranjit Malla, the gate is one of the most beautiful and richly carved specimens of its kind in the entire world. This gate is embellished with deities and monsters of marvelous intricacy.
The Palace of 55 Windows:
The Palace of 55 Windows was built in the 17th century by King Bhupatindra Malla. Among the brick walls with their gracious setting and sculptural design, is a balcony of 55 windows. This balcony is a masterpiece of wood carving. The Stone Temple of Batsala Devi which is also located in the Durbar Square is full of intricate carvings. This temple also sets a beautiful example of the Shikhara style of architecture in Nepal. There is a bronze be on the terrace of the temple which is also known as the “bell of barking dogs”. This colossal bell, placed in 1737 A.D. was used to sound curfew during that time.
Nyatapola Temple:
This five-story Pagoda was built in 1702 A.D. by King Bhupatindra Malla. It stands in a five-terraced platform. On each of the terraces squat a pair of figures; two famous wrestlers, two Elephants, two Lions, two Griffins and “Baghini” and “Singhini” - the Tiger and the Lion Goddesses. This is one of the tallest Pagodas and is famous for its massive structure and subtle workmanship.
Bhairavnath Temple:
This temple was first built as a one-story pagoda but later changed into a three-story temple in 1718 A.D. by king bhupatindra malla. The temple is noted for its artistic grandeur. It is dedicated to Lord bhairav- the god of terror.
Dattatraya Temple:
Built-in 1427 A.D. this temple is said to have been built from trunk of a single tree. Near this temple is a monastery with exquisitely carved peacock windows
Changu Narayan:
Situated at the end of a long ridge which runs well into the valley, it is said to have been built by King Hari Dutta in 323 A.D. and said to be the oldest temple in the valley.

you can share your experience, which may help for other travellers.

1. How fit do I have to travel this trip? Is it difficult?

This trip is for all age group people. So, it is not a difficult trip.

2. I’m a solo traveler; Can I join the group or travel solo this trip Via your company?

It totally depends on your wish that you want to travel solo or with Group. If you can want to travel with the Group, send us an email with your preferred date to take this trip.

If you want to travel solo, then we will arrange your trip as per your preferred date and facility.

3. When is the Suitable time to travel this trip?

All the time is Suitable for cultural and sightseeing tour as Nepal is weather blessed county.  But, the Best time to travel this trip is anytime between September- December, and March-May. You can also take a trip in January and February if you want to travel in a less crowded period.

4. What sort of accommodation will be provided to us on the trip?

We provide the two-star or three-star category hotel in Kathmandu and other cities. But you can upgrade the service to the five-star hotel too by paying an additional charge.

5. What sort of food will be provided to us on the trip?

As the tour started from the Kathmandu, you can get all kind of food in the restaurant of Kathmandu. You will be served with the food of your choice during the whole trip as you can find the restaurants serving the foods like American, Continental, Mexican, Chinese and so on.

6. What mode of transportation will be provided to us on the trip?

According to our pre-planned trip package, you will be provided with the private tourist vehicle. You can also add up airway transportation with an additional charge.

7. Can I add the extra days to my trekking route?

Yes, you can add the extra days to explore the destination. But, you must pay the extra charge to the company to cover your expenses for the accommodation, food, transportation, and the charge of the Guide for the extra days.

8. What are the alternative destinations for sightseeing and cultural tour?

9. How do I book this trip with your company?

At first, you must fill up the form with your personal detail and trip detail with the date you preferred to start the trip, then you must send the 30% advance trip payment to our company in our bank account to secure your booking. But, if you cancel the trip then 10% advance trip payment will be non-refundable and 20% will be refunded on your account.

On receiving your 30% advance trip payment and following personal document like a passport with scanned or photocopy, along with booking forms, then we will send you a full confirmation letter with the deposit as well as receipt of advance trip payment.

You can deposit advance trip payment through the bank account or Visa card, Master Card. And you can clear the remaining payment after you arrive at Kathmandu, Create Himalaya Office.

What is not Included?

Enjoy an intimate historical look at the historic landings on this full-day trip to the Bhaktapur Durbar Square from Kathmandu. Travel on comfortable vehicles accommodating travelers as per the group size.

See Period-era scripts, statues, photos, while listening to inspiring stories about the past. Try out some of Bhaktapur's famous cuisines before returning to Kathmandu.

The third-largest city of Kathmandu valley - "Bhaktapur" it means the "City of Devotees".  Well known for its elegant art, culture, and colorful festivals. The local name of the city is 'Khwopa'. 13km  outside Kathmandu valley and lies on the eastern side of the Tibetan trade route.

The city was founded in AD 889 at the time of King Anand Dev Malla, situated at an altitude of 1401 meters. The conch shell-shaped city - Bhaktapur was the capital of the greater Malla Kingdom until the second half of the 15 century.

Bhaktapur's development project has done much to improve the city's infrastructure, economy, and played a major role to preserve Bhaktapur's historical character. Till the time of Yasha Malla (1492), it was the capital of the Malla kingdom. Bhaktapur durbar square is the more preserved and restored city compared to Patan and Kathmandu. The old name of the city is Bhadgaon that means, " Rice City ``Some Sightseeing Places in Bhaktapur.

→ The area served as the Capital of Nepal during the Malla kingdom until 1769 AD.

→ Observe the statue of King Bhupatindra Malla a top of the stone pillar in front of the golden gate.

→ The temple of Nyatapola is located at the Taumadhi Square, one of the impressive temples in Nepal.

Included in the Cost

Your safety is of paramount concern while traveling with Create Himalaya Adventure. Please note that your leader has the authority to amend or cancel any part of the itinerary if it is deemed necessary due to safety concerns. Every effort will be made to keep to the above itinerary. However, this adventure entails traveling in remote mountainous regions, we cannot guarantee that we will not deviate from it. Weather, the health condition of a group member, unexpected natural disasters, etc., can all contribute to changes in the itinerary. The leader will try to ensure that the trip runs according to plan, but please be prepared to be flexible if required.

Your safety is of paramount concern while traveling with Create Himalaya Adventure. Please note that your leader has the authority to amend or cancel any part of the itinerary if it is deemed necessary due to safety concerns. Every effort will be made to keep to the above itinerary; however, since this adventure entails traveling in remote mountainous regions, we cannot guarantee that we will not deviate from it. Weather conditions, health condition of a group member, unexpected natural disasters, etc., can all contribute to changes in the itinerary. The leader will try to ensure that the trip runs according to plan, but please be prepared to be flexible if required.

No departure dates as of now

Rated 5/5 based on 47 customer reviews 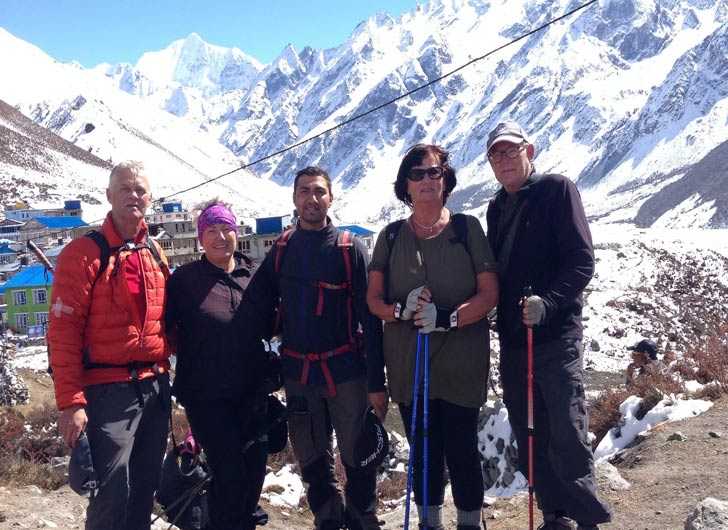 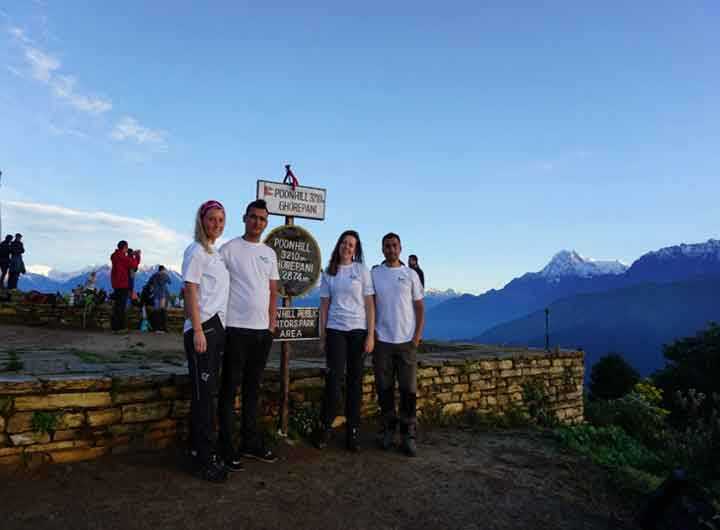 A very popular Trekking in Nepal, with thousands of people visiting the area every year, we couldn&r 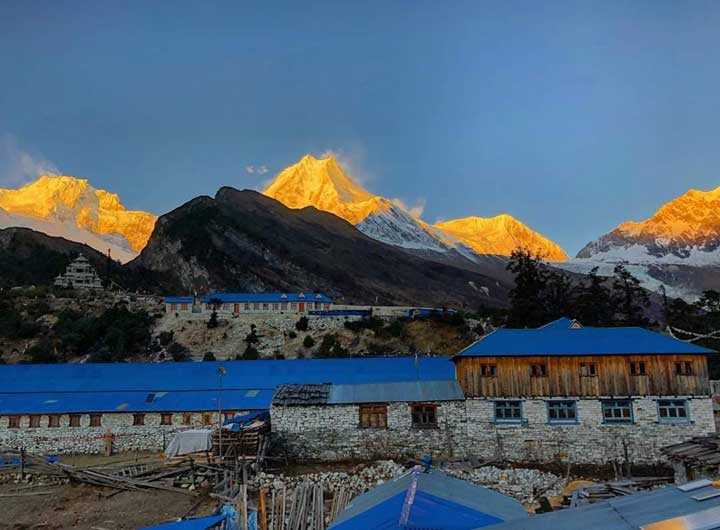 Are you looking for nature and dreams of New landscapes??? This Trip is for you. Explore the best-is